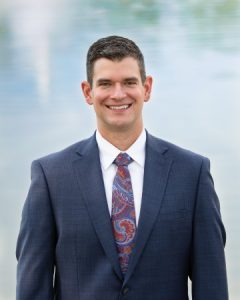 When you are seeking justice, Vondra Law Office PLC is here to listen to your story.  We will give you a brutally honest opinion, involve you in planning a successful strategy to achieve your objectives, and skillfully perform in a court of law to achieve justice for you.

Prior to law school, Dan completed his undergraduate degrees in political science and sociology at Iowa State University.  While at Iowa State, Dan interned at the Iowa Coalition Against Domestic Violence (ICADV), where he developed an understanding of the plight of victims of domestic violence and a desire to seek justice for his clients.  Dan continued the internship and employment with ICADV as an undergraduate, and then as a law student, and finally, as a staff-attorney for the non-profit organization when he began his law practice in 2004.

Dan’s internship with ICADV was invaluable in understanding and learning how to communicate with victims of trauma, which Dan uses every day in his law practice.

Over the past few years, Dan’s interest in pursuing medical malpractice and personal injury cases arose due to his wife’s struggles after a life-altering car accident.  Dan was able to see firsthand the injustice in the system.  Dan’s wife was the victim of a serious car accident that occurred many years ago.  She then had to battle insurance companies, the negligent driver, and the medical industry for years.  The experience allowed Dan to see the economic and emotional devastation that can result when drivers or doctors fail to follow safety rules.

Dan resides in the Iowa City area with his family.  His interests outside of the office include trail running, ultramarathons, triathlons, scuba diving, travel, live music, and enjoying nature.

Dan was admitted to the Iowa Bar in 2004, and has been practicing law in Iowa and throughout the United States since then.  Shortly after graduating from law school, Dan had his first felony jury trial, which resulted in an acquittal on a forgery charge in Johnson County, Iowa.  Two years later, Dan represented a woman facing child endangerment charges and gained valuable jury trial experience on a case that he argued all the way to the Iowa Supreme Court (State v. Mitchell, 757 N.W.2d 431,  Iowa 2008).

Dan’s next appearance before the Iowa Supreme Court resulted in the landmark decision of Morales Diaz vs. State of Iowa, 896 N.W. 2d 723 (Iowa 2017).  Morales Diaz was a post-conviction relief application, in which Dan successfully argued that Diaz’s trial attorney, who advised him to plead guilty, did not inform Diaz of the immigration consequences of his guilty plea, which meant that his guilty plea was not knowing and voluntary.

In addition to Iowa state court trial experience, Dan has extensive trial court and appellate experience in Iowa’s federal courts.  Dan is admitted to the Northern and Southern District Courts of Iowa and has appeared as trial counsel in Davenport, Des Moines, and Cedar Rapids’ federal courts.

Dan’s latest victory at the federal level was at the Eighth Circuit Court of Appeals in St. Louis.  The case involved a federal criminal offense, and the Circuit Court overruled the district court’s use of hearsay evidence against an accused in a supervised release revocation hearing.  United States vs. Timmons, 950 F.3d 1047 (8th Cir. 2020).

Dan has successfully represented clients with immigration cases across the United States, from immigration courts in San Diego and Los Angeles, all the way to New York City.

Due to his zealous advocacy and advanced knowledge of cutting-edge issues in criminal, immigration, and trial law, Dan is a frequent speaker at community and continuing legal education (CLE) events.  For example, in 2019-2020, Dan presented on topics to undergraduate students at the University of Iowa, the American Immigration Lawyers Association Iowa/Nebraska Chapter Conference, and the Iowa Trial Lawyers Academy.